One sunny day in Ireland, two men were sitting in a pub, drinking some Guinness, when one turns to the other and says:

“You see that man over there?, He looks just like me!, I think I’m gonna go over there and talk to him.”

So, he goes over to the man and taps him on the shoulder.

“Excuse me sir” he starts, “but I noticed you look just like me!”

The second man turns around and says:

“Yeah, I noticed the same thing. Where you from?”

“I’m from Dublin” came the reply.

“Me too! What street do you live on?”

The second man replies, “Me too! What number is it?”, 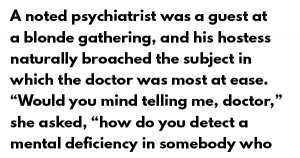 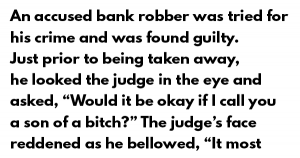