A noted psychiatrist was a guest at a blonde gathering, and his hostess naturally broached the subject in which the doctor was most at ease.

“Would you mind telling me, doctor,” she asked, “how do you detect a mental deficiency in somebody who appears completely normal?”

“That’s easy,” replied he. “You ask them a simple question which they should be able to answer with no trouble.

“What sort of question would you ask, doctor?”

“Well, I might ask him …” Captain Cook made three trips around the world and died during one of them. Which one? ”

The blonde thought a moment, then said with a nervous laugh:

“I would not know what I would like to do.” 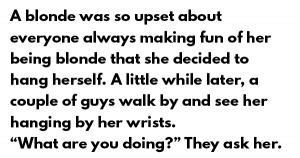 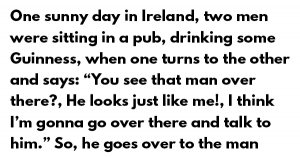