A Newfie went hunting one day in Ontario and bagged three ducks. He put them in the bed of his pickup truck and was about to drive home when he was confronted by an ornery game warden who didn’t like Newfies.

The game warden looked at the license, then reached over and picked up one of the ducks, sniffed its ass, and said, “This duck ain’t from Ontario. This is a Quebec duck. You got a Quebec huntin’ license, boy?” The Newfie reached into his wallet and produced a Quebec hunting license.

The game warden looked at it, then reached over and grabbed the second duck, sniffed its ass, and said, “This ain’t no Quebec duck. This duck’s from Manitoba . You got a Manitoba license?” The Newfie reached into wallet and produced a Manitoba hunting license.

The warden then reached over and picked up the third duck, sniffed its ass, and said, 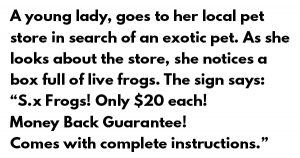 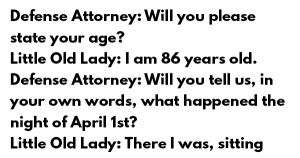