A ship captain was alerted by one of his sailors about a pirate ship approaching their coordinates. He asks the sailor to bring him his red shirt.

The sailor asked him, “Why do you need a red shirt, Captain?”

The captain replied, “So if I lose, you will not see me bleed.”

This gave his crew the courage they need and they eventually fought off the pirates from the enemy ship.

The next day, a sailor informed the captain of two pirate ships
approaching. “Bring me my red shirt!” the Captain shouted. And they all fought bravely and won.

On the third day, a sailor comes to the Captain trembling with fear. “What is it, son?” asked the Captain. The sailor replied, “Captain, we see ten pirate ships approaching! Shall I bring you the red shirt?”

The captain yells, “Bring me my brown pants!” 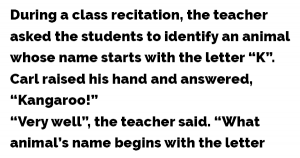 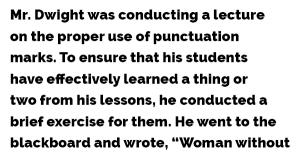