A man owned a small farm in South Georgia. The Wage and Hour Department claimed he was not paying proper wages to his help and sent an agent to interview him. “You just give me a list of your employees and tell me how much you pay them.”

“Anybody else?” asked the agent as he scribbled on a note pad.

“Yeah” the farmer said, “There’s a half-wit here. Works about eighteen hours a day. I pay him ten dollars a week and give him chewing tobacco.”

“You’re talking to him now!” said the farmer. 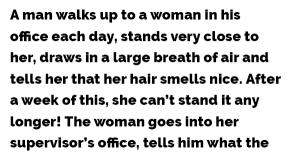 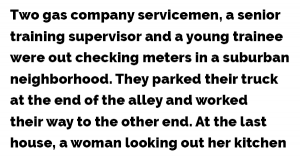