There’s a guy with a 25-inch p*nis and is always wanting to get closer to the girls he is having sex with. One day he comes upon a witch and he tells her about his problem. She tells him about a frog who can make his p*nis smaller. All he had to do is make the frog say no and his penis would shrink 5-inches.

He decides he wants to be even closer so he ask the frog one more time to marry him. 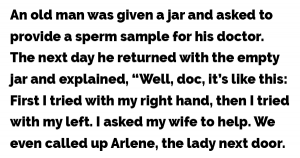 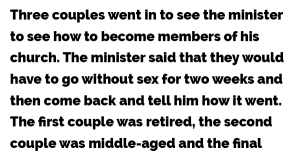