Three couples went in to see the minister to see how to become members of his church. The minister said that they would have to go without sex for two weeks and then come back and tell him how it went.

“Can of PAINT!” exclaimed the minister.

“Yeah,” said the newlywed man. “She dropped the can and when she bent over to pick it up I had to have her right there and then. Lust took over.”

The minister just shook his head and said that they were not welcome in the church.

“That’s okay,” said the man. “We’re not welcome in Home Depot either.” 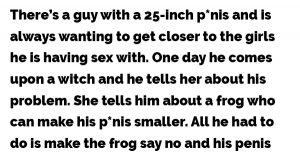 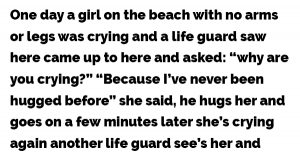