A young man is sentenced to fifteen years in prison.

The warden takes a liking to him and puts him in a cell with a kindly old timer so that he can be shown the ropes and not get himself in trouble.

So the old timer teachs the youngster the rules of the prison, what to do, what not to do, stuff like that.

One of the rules he learns is that there is no talking allowed during meals.

A curious thing happens during meals though and the young prisoner is a bit confused.

In the large mess hall, once everyone is seated, one of the prisoners stands up and loudly says, “47.”

Everyone in the hall laughs hysterically.

A few minutes later, another prisoner stands up and loudly says, “19.” Again, a torrent of laughter from everyone.

This goes on throughout the meal.

Later, when the youngster and the old timer get back to their cell, the young man asks, “What was going in the mess hall tonight? I thought you said there was no talking allowed.” 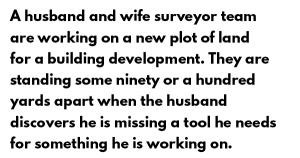 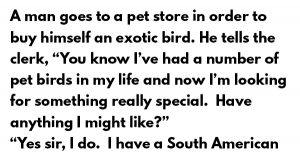