Sherlock Holmes and his assistant Watson were hiking one day in the woods when it began to get dark. Sherlock had seen their trip lasting longer than a day and brought camping supplies. The two set up camp and crawled into the tent.

A few hours pass and Watson wakes up to Sherlock shaking him. “Watson,” Sherlock says in a hurried voice, “Watson, wake up!”

Watson groggily wakes up and rubs his eyes. “What is it, Holmes. It’s late.”

Sherlock points up, astonished, and asks “What do you see, Watson?”

Watson looks up into the night sky and examines the vast void laid out in front of him. After a moment, without turning his gaze from the sky, he says: “Well, Holmes, I see the sky, black because the sun is on the other side of the Earth from us. Because it’s night, and we are away from the lights of the city, I can see stars — millions of them. With those millions of stars out there, it’s safe to assume that at least a small percentage of them have planets. Furthermore, Holmes, I do believe that if any percent of those stars have orbiting planets, there must be a percent of THOSE planets that are similar to Earth in atmosphere. If that is the case, I dare say, that there is more likely life beyond us mere humans out there in space meaning there is a near zero percent chance that we are alone in the universe.”

“No, Watson, Dammit!” Sherlock cries. “Someone stole our tent!” 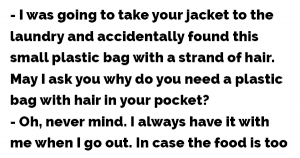 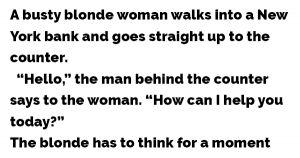