Tim, Tom, and Teddy were all lost in the forest, each of them had 25 cents to survive. They walked around for hours, and had no luck.

So Tim suggested that they split up and meet up at that same spot in an hour, they all agreed and set out on their separate ways.

While walking Tim came across a dick sucking machine, that cost 25 to use, and he says, “Wow! Haven’t got my d*ck sucked in a while! Why not!” So he puts in his quarter, gets his d*ck sucked and continues on his way.

Then while Tom was walking he comes across it as well, he realized they only had 10 minutes until they were to all meet up again, so he says “Well I haven’t got my dick sucked in a while, why not?” so he puts in his quarter and gets his d*ck sucked, after gathering himself he realizes he needed to hurry back , he gets there and Tom and Teddy are waiting for him.

“Where were you?” asked Teddy.

“Well does everyone have their quarters?” Asks Teddy.

“I lost mine!” Said Tim and Tom at the same time.

Teddy then smiles and pulls out 3 quarters. 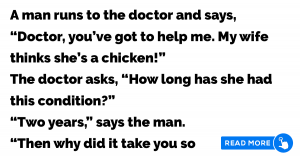 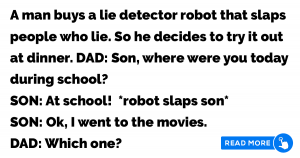