A bird was flying south for the winter, but had left it too late to set off and found itself frozen solid in a blizzard. It dropped to earth in a field of cows, landing in a massive cow pat, just as it was being deposited by the fattest cow in the field. At first, the bird was disgusted until it realized that the pile of poop was actually thawing him out. As the ice melted and his feathers returned to normal, he tweeted joyously, but the sounds were heard by a nearby cat who promptly crept over and ate the bird.

There are three morals to this story:

1. Not everyone who gets you into shit is your enemy.

2. Not everyone who gets you out of shit is your friend.

3. If you are in shit, keep your mouth shut. 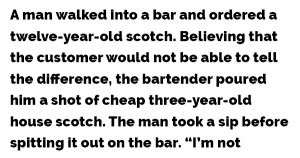 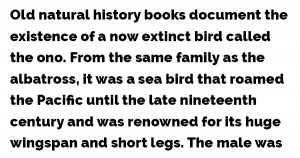