I told him she had given me a lead. “At least I have a last name. But I think I’ll let it go for a while. I spent almost the whole day trying to find the owner of this wallet.”

I had taken out the wallet, which was a simple brown leather case with red lacing on the side. When the guard saw it, he said, “Hey, wait a minute! That’s Mr. Goldstein’s wallet. I’d know it anywhere with that bright red lacing. He’s always losing that wallet. I must have found it in the halls at least three times.”

“Who’s Mr. Goldstein?” I asked as my hand began to shake.

“He’s one of the oldtimers on the 8th floor. That’s Mike Goldstein’s wallet for sure. He must have lost it on one of his walks.” I thanked the guard and qu 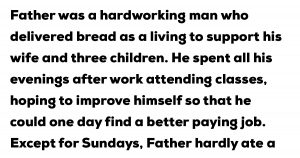 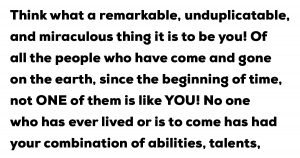