One day at university, a fire broke out in a wastebasket in the dean’s office. A physicist, a chemist and an actuary ran in to deal with the blaze.

The physicist immediately started to calculate how much energy would have to be removed from the fire in order to stop combustion.

The chemist worked out which reagent would have to be added to the fire to prevent oxidation.

Meanwhile, the actuary was setting fire to all the other wastebaskets in the office.

“What the hell are you doing that for?” asked the physicist and the chemist.

“Well,” explained the actuary, “to solve the problem, obviously you need a large sample size.” 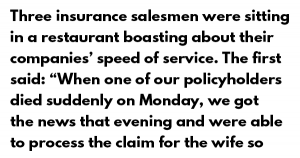 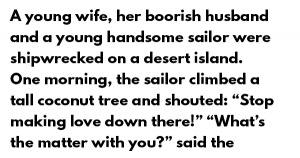