The bartender’s curiosity got the best of him and he asks, “Why is it that every time I tell you the amount you owe you always have the exact change in you pocket?”

The man said, “I found a bottle with a genie in it and she granted me 3 wishes. My first wish was that I always have the exact change in my pocket for anything I buy.”

The bartender says, “That’s a great wish…better than asking for a million dollars. A million dollars will run out but that never will. What were your other 2 wishes?”

The man says, “That’s where I screwed up. I asked for a chick with long legs and a tight p.ssy.” 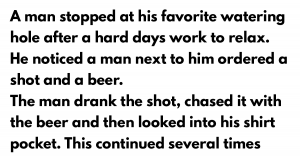 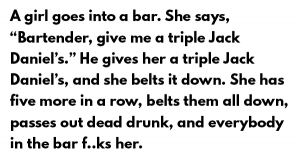