One blistering afternoon in the summer of 1996 near her home in Irving, Texas, Danae was sitting in her mother’s lap in the bleachers of a local ballpark where her brother Dustin’s baseball team was practicing. As always, Danae was chattering non-stop with her mother and several other adults sitting nearby when she suddenly fell silent. Hugging her arms across her chest, Danae asked, “Do you smell that?” Smelling the air and detecting the approach of a thunderstorm, Diana replied, “Yes, it smells like rain.” Danae closed her eyes and again asked, “Do you smell that?” Once again, her mother replied, “Yes, I think we’re about to get wet, it smells like rain. Still caught in the moment, Danae shook her head, patted her thin shoulders with her small hands and loudly announced, “No, it smells like Him. It smells like God when you lay your head on His chest.” Tears blurred Diana’s eyes as Danae then happily hopped down to play with the other children.

Before the rains came, her daughter’s words confirmed what Diana and all the members of the extended Blessing family had known, at least in their hearts, all along. During those long days and nights of her first two months of her life, when her nerves were too sensitive for them to touch her, God was holding Danae on His chest and it is His loving scent that she remembers so well. 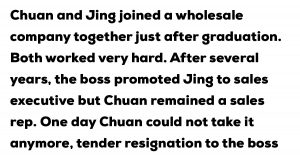