A couple had been married for 25 years and was celebrating the husband’s 60th birthday.

During the party, a fairy appeared and said that because they had been such a loving couple all those years, she would give them one wish each.

The wife said, “We’ve been so poor all these years, and I’ve never gotten to see the world. I wish we could travel all over the world.” The fairy waved her wand and POOF! She had the tickets in her hand.

Next, it was the husband’s turn. He paused for a moment, and then said, “Well, I’d like to be married to a woman 30 years younger than me.”

The fairy waved her wand and POOF! He was suddenly 90 years old! 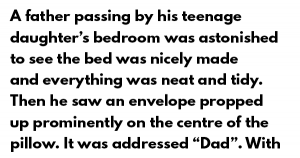 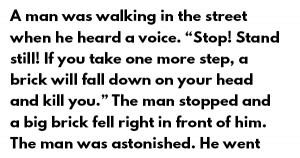