On a plane bound for New York the flight attendant approached a blonde sitting in the first class section and requested that she move to coach since she did not have a first class ticket. The blonde replied, “I’m blonde, I’m beautiful, I’m going to New York, and I’m not moving.”

Not wanting to argue with a customer the flight attendant asked the co-pilot to speak with her. He went to talk with the woman asking her to please move out of the first class section. Again, the blonde replied, “I’m blonde, I’m beautiful, I’m going to New York, and I’m not moving.”

The co-pilot returned to the cockpit and asked the captain what he should do. The captain said, “I’m married to a blonde, and I know how to handle this.”

He went to the first class section and whispered in the blonde’s ear. She immediately jumped up and ran to the coach section mumbling to herself, “Why didn’t anyone just say so.”

Surprised, the flight attendant and the co-pilot asked what he said to her that finally convinced her to move from her seat. The pilot replied, “I told her the first class section wasn’t going to New York.” 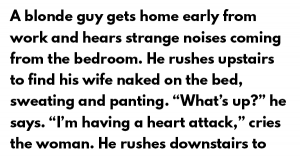 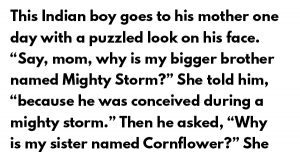